Nadi Astrology Palm leaf reader, We provide best astrology service based on Nadi astrology Thumb Impression or Horoscope details by Date of birth. Direct walkin or Online through phone/whatsapp across the world. 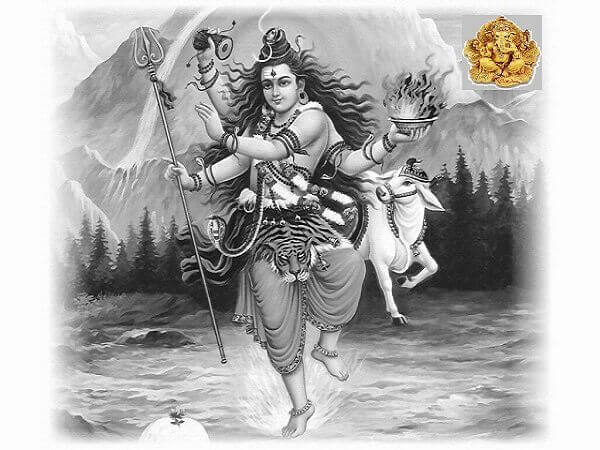 The primary center for Nadi astrology is in Vaitheeswarankoil, near Chidambaram in Tamil Nadu, a state in South India. Nadi astrology Prediction is extremely ancient, at least 5000 years old. Here Lord Shiva is said to have assumed the role of a 'Vaidhya' or 'Doctor', who all awiated the miseries of his devotees. It seems that these palm leaves were originally written on animal skins and some leaves, and later texts were copied on palm leaves and these sources were also preserved by applying oil extracted from peacock's blood. Their discussions were written on palm leaves in an ancient Tamil script. This can now only be deciphered by Expert Nadi astrologers.

It is a place of all nava grahas are located.

Valluvan or valluvar is a native caste of Tamilnadu. They were the hereditary priests preaching and practicing astrology, astronomy and medicine. Before the arrival of the Brahmins, they were the hereditary priests of the Pallava rulers. They are the hereditary astrologers of vaithiswaran Koil, a temple town and are experts in Nadi astrology. In olden days the sages and sears had a deep research about the nature of human beings and their future happenings of the life through the astrological science. They have written their miraculous findings in the Palmyra leaflets. There are lakhs of manuscripts found in such a way.

You may be lucky to know your palm leaf prediction.

The navagraha means nine planets. Nav means "Nine", Graha means "Planets". So it is called as navagraha. Planets are also believed to influence the outcomes of historical events of entire nations and the earth. Each planet moves in clockwise or anti-clock wise motion. Out of nine graham first seven heavenly bodies are still connected in various culture of the world with seven days of the week as in Hindu system of astrology. In navagraha temple (nine planets temple) the sun idol is placed at the center and all other eight grahas are placed surrounding the sun in such a way that is no graha faces one another.

Every object attracts another object as dictated by the gravity. Similarly, the nine planets also attract each other. A man is born on earth on that day, and that movement what his individual fate is in mathematical harmony with progress of stars, planets in heaven.

The zodiac is divided in twelve equal sub-divisions of signs with equal subdivisions of the twenty-seven Nakshatras (constellations).

Further, these stars are subdivided into unequal sub Lords. Under Nadi Jyotish the sub lord is stronger than the Nakshatra and the Nakshatra is stronger than the planet. The sublords form the basis of Nadi Jyotish and which is based on the belief that the past, present and the future lives of all human beings were foreseen by Hindu sages (Saptarishi) in ancient times and written down as Palm Leaf Manuscripts which are mostly familiar in Vaitheeswaran koil, india. 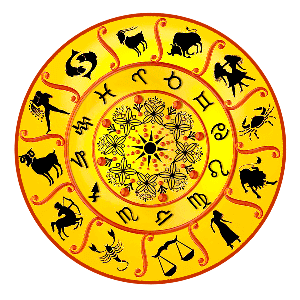 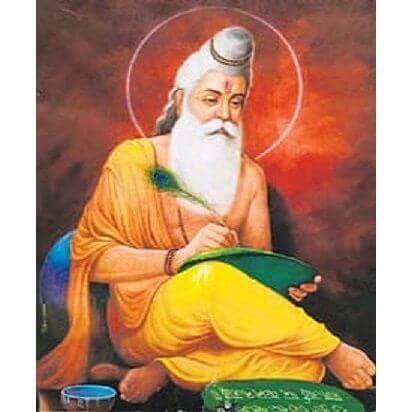 Siddhars/Rishis are saints in India, mostly of the Saivaite denomination in Tamil Nadu, who professed and practiced an unorthodox type of Sadhana, or spiritual practice, to attain liberation. Yogic powers called Siddhis are acquired by constant practice of certain yogic disciplines. Those who acquire these Siddhis are called Siddhas. These sidhars can be compared to Mystics of the western civilization.

Siddhars are people who are believed to control and transcend the barriers of time and space by meditation (Yoga), after the use of substances called Rasayanas that transform the body to make it potentially deathless, and a particular breathing-practice, a type of Pranayama. Through their practices they are believed to have reached stages of insight which enabled them to tune into the powers hidden in various material substances and practices, useful for suffering and ignorant mankind. Typically Siddhars were saints, doctors, alchemists and mysticists all at once.

Vedic Astrology is the study of the relationship between the stars and planets and our lives on earth. Vedic Astrology involves the interpretation of the horoscope or birth chart and it is essentially based on the idea of cycles and patterns in life which correspond on the cycles of the planets. Through the analysis of these cycles in the past and present it is possible to interpret the possible future.

The true meaning of Astrology is " Message of the Stars " By using the salient principles of Astrology depending on the position of the planets ascertained astronomically one can forcast events for the benefit of all and as such it is a useful Science for interpreting nature.

karma is a Sanskrit word "kri " means 'Action' or 'Deed' any mental or physical action is called karma , every action produces its reaction or result which is known as Karma. A self-motivated and hard working Astrologer with experience in all aspects of astrological work.,which are based on Vedic calculations and the Jyotish Branch of the Vedas. I firmly believes that there is a remedy for every problem which a person faces in life. The purpose of astrology is to find remedies for our current problems and to avoid future problems. 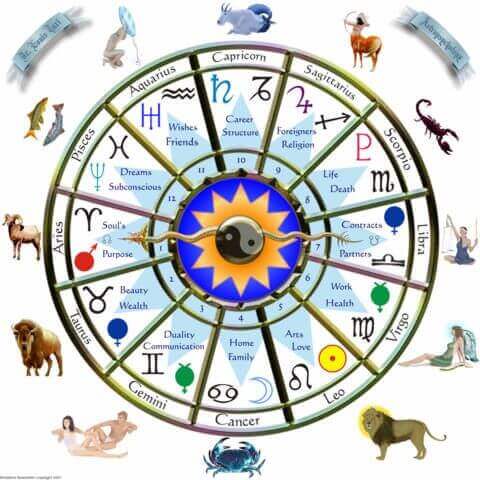 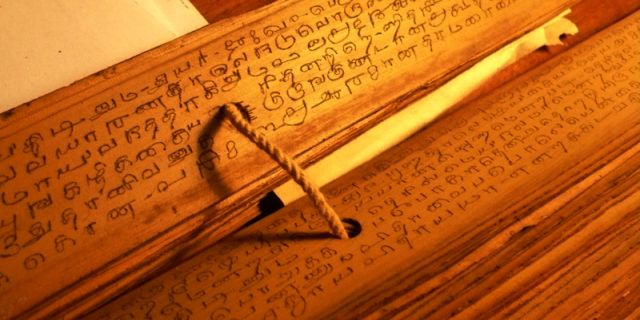 All the beings, irrespective of the species, nationality, religion etc., are controlled by the Navagrahas (nine houses or planets). The Navagrahas are very sincere in their duties as cosmic public servants and never deviate in performing their duties. They cannot be bribed. They affect individual beings as well as entire societies as per the Karma (thoughts, words and deeds of beings in this world as well as other worlds) applicable. The current life path of a person is determined by past Karma. For example, if a person is blessed with wealth in this birth, then it implies this person has done many good things (activities that resulted in good Karma) in his/her previous births and he/she is enjoying the benefits of it in this birth. It is like a person who has saved a lot of punyas in their account cashing it in when the need arrives.

Birth, death, rebirth and moksha are all controlled by our karma. Papams (activities that result in negative Karma) are obstacles that may take long to dilute whereas puniyas earned can be 'spent' very soon. From the Hindu point of view, this makes it important that we always think good thoughts and do no harm to any other being. Bad Karma is committed even if we think unrighteous thoughts.

What is to be given to your lot in life, when, how and where are all decided by the Brahma using the Navagarahas and the Siddar's as a way of channels. As the Brahma cannot do everything in our real directly, 84,000 Siddars have been created to perform duties on its behalf. Siddars are only another level of public servants in the cosmos, and they have capabilities and energies many would consider supernatural, although in Hinduism this is quite normal. Of all the siddars, 84,000 are identified as very powerful and these siddar's express themselves by way of Naadi. Agathiyar is the leader of all Siddars. Agatiyar always thrived for Jeeva Karunyam (to not harm any being), i.e., taking care of all living things in this world and guiding them to the path of Gyana or the attaining of supreme self-knowledge.

By simply utilizing your thumb impression it is conceivable to educate everything concerning you, your folks, your kin and your future. It is said that Nadi is an antiquated sooth saying, which has been created by incredible Maharishis (sages) of India in the past utilizing their otherworldly powers. Satisfied with their intense supplication and committed dedication, Lord Shiva offered on them with this surprising expertise, which is a sort of intuition additional tangible discernment.

Nadi crystal gazers take your thumbprint (right-hand thumb for guys and left-hand thumb for females) on a bit of paper. Each thumb impression can be ordered into a specific classification and the leaves are sorted in packs in view of the thumb engrave classes. They say that for a specific thumb impression there could be a few packages each containing numerous leaves with the eventual fate of different people.

Once the package coordinating your thumb engrave is discovered, the Nadi reader brings you into a shut dialog and continues to read each leaf introduce in the package. All Nadi celestial prophets assert that the leaf reader has no information of any of your subtle elements, he just peruses out just what is composed on the leaf as he has been prepared to comprehend that dialect. The peruser would one by one take up a few leafs requesting that you check essential certainties like your date of birth, your dad's name, and so forth.

As indicated by Nadi Astrology you are a substance conceived out of energies of the Cosmos that continues being conceived on earth and each time you are conceived you keep on carrying the stuff of your karma. It uncovers how your karmic impressions unfurled in every life on earth you had and how they may keep on affecting you through your future.

Nadi astrologer guidance by Visit / Phone / Whatsapp and get relaxed

Know your Past, Present and future